Get behind the veil of fog and visit the site of the 2014 Caper, Kokotomo, The Fantasy Island!

You have probably heard about it?

The mysterious island that appears out of the mist… or should I say... lies cloaked behind the mists?

When people sail the misty seas or stand on a beach, looking out into the fog-covered ocean, the might catch a glimpse of the Island, far away and as seen through a haze, and most will always wonder whether it was a fata morgana or the real thing?

But the island IS real, and while few have managed to land on it, mostly by accident, many more have been INVITED to it, though few ever talks about it, even if they return..

It always happens the same time, mist appears out of nowhere, obscuring the area of the chose subjects, and when it clears, a formal letter is left behind, a letter inviting them to the island of Kokotomo, the Fantasy Island, “to have their dreams come true!”. If they accept, a white seaplane will await them at the nearest body of water, and it will take them through the veil of haze and into the waters around Fantasy Island, up the river and to the resort at the bottom at the mountain, an extinct volcano and a prominent landmark on the otherwise junglecovered island.

The island itself is a lush paradise of a tropical island, spreading out from the volcano and its sheer drop in the East, to the beaches and rivermouth in the West. In the middle, below the volcano lies the lake on which’ shores the resort of the island is situated, whitewashed and winecovered wooden buildings, evicted on poles to keep clear of any random monsunes. From the resort runs a carved stairway up the volcano, stopping at the first plaza where the lighthouse is situation, and continuing up to the top. The lighthouse itself is not in use, save for the lookout who always have an eye out for the plane and any incoming guests, coming to meet their fantasy.

But the resort is not the only settlement on the island, a native village lies at the bottom of the cliffs of the volcano, and small cottages dots the jungles of the northern side, cottages belonging to the resort but in reality are pockets of reality in their own rights... it’s here the fantasies takes place!

… oh, yes, and then there’s the shipwrecked castaways in a small cove on the North side of the volcano, they seem to be living in a fantasy of their own… or other’s fantasy? They seem cut off from the rest of the island and don’t get much out, so nobody bothers them…

Arriving by plane at the resort after having received an invitation, each and every guest will be greeted by Mr. Montibar who is the true host of the Island, and him who provides the fantasies people come to experience… though sometimes its not the fantasy they come looking for… things have a tendency to turn around on people, as has reality on the Island, and only Montibar sets the rules.

Little is seen of Mr. Montibar after this introduction, he prefers to leave any guests to their fantasies of their own devising, watching from afar by unknown means probably as he always seems to know whats going on, though he can be easily found if actively sought after. Any other handling will be performed by his trusted assistant, Shalingalal.

Accidently arrivers to the Island is usually not greeted by Mr. Montibar, but they will soon find themselves in a fantasy of their own devising anyway while traversing the Island, a fantasy fully under Mr. Montibar's control as everybody else'... though in this case they will not get the regular warning a regular visitors gets through the invitation, so their fantasies can become more... intense.

So, at this point… should the mist clear and an invite appear in from of your… would you open it… and accept the invitation within?

It's no secret that the above setting and description is based on the old TV-series of Fantasy Island, an episode of which can be found here, and several more to go if you are looking for inspiration for this year's Halloween Caper.

Questions, suggestions and discossion about the setting of Kokotomo, the Fantasy Island, go in this thread!
Avatar is Hogan cameoing in Misfits of Mischief by ROAR
Top

And from the illustreous Aggie comes here a visual suggestions for Kokotomo, the Fantasy Island, as well as the mysterious... Mr. Montibar! 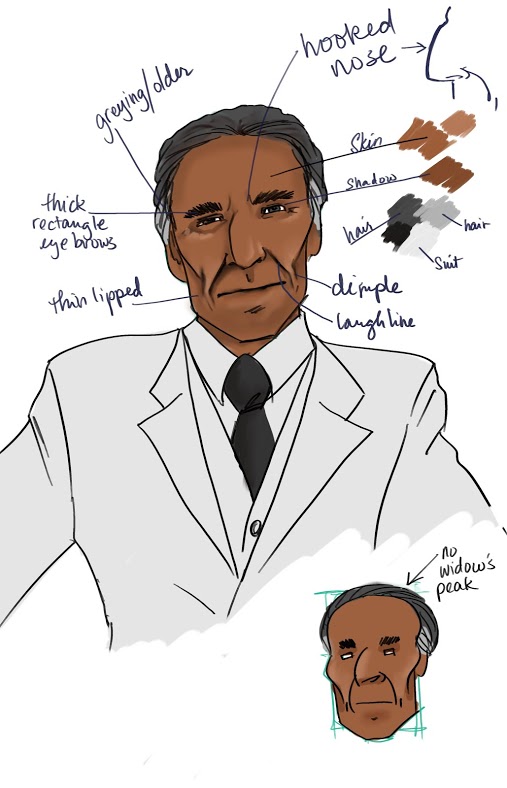 Why am I reminded of Myst?

In case it helps, here's how the arrival looks in my case, I read somewhere about a white plane, here's how mine looks… 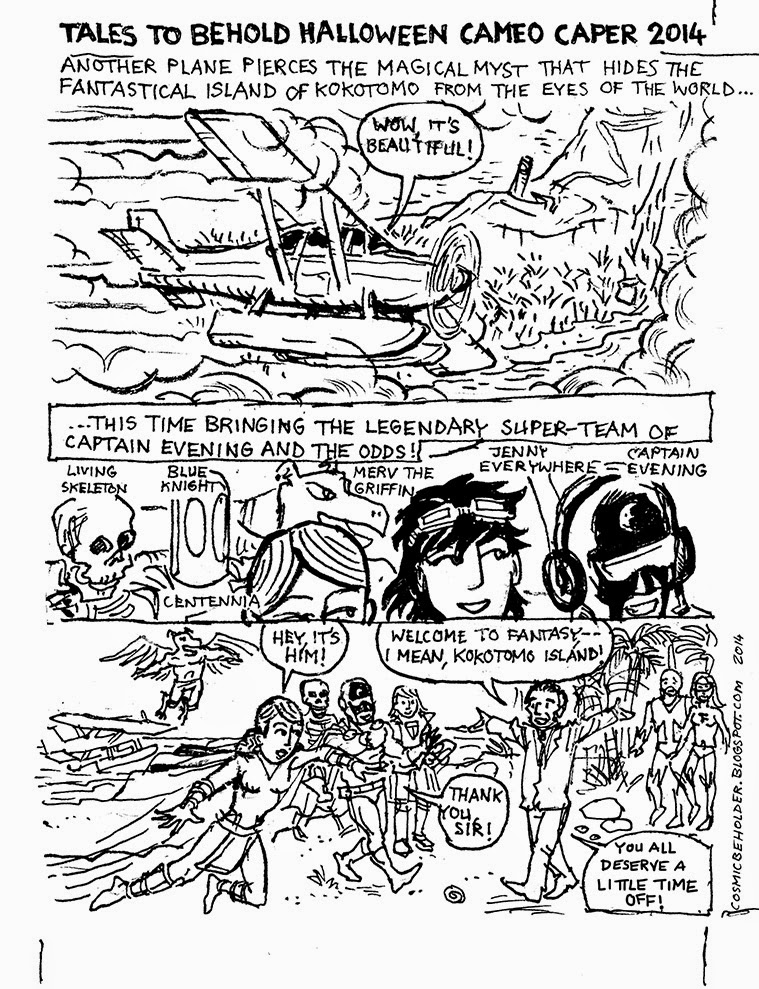 Here's the Uniforms for the staff:

HI. This design is approved by Hogan, Shal is based on Annie's Punjab with a few tweaks. he can act as Mr. Montibar's assistant/bodyguard.